Laetitia Bader, the Horn of Africa director at Human Rights Watch has published a series of Tweets on the current situation.

She then goes on to say:

This signals a deeper failure in the govt’s duty to protect and ensure the basic rights of its citizens, including one of the most essential rights, that to life.

Chilling reports today that scores of reportedly Amhara victims were killed in West Wollega after forces left area. Survivors told media & rights orgs they were called to a meeting at a school & later shot by armed attackers claiming to be OLA https://tinyurl.com/y3tgl4r4

The details of what happened are still emerging but PM Abiy issued a statement expressing his condolences to the victims and Oromia regional gov’t was quick to issue a statement blaming the armed OLF/Shene group and TPLF. 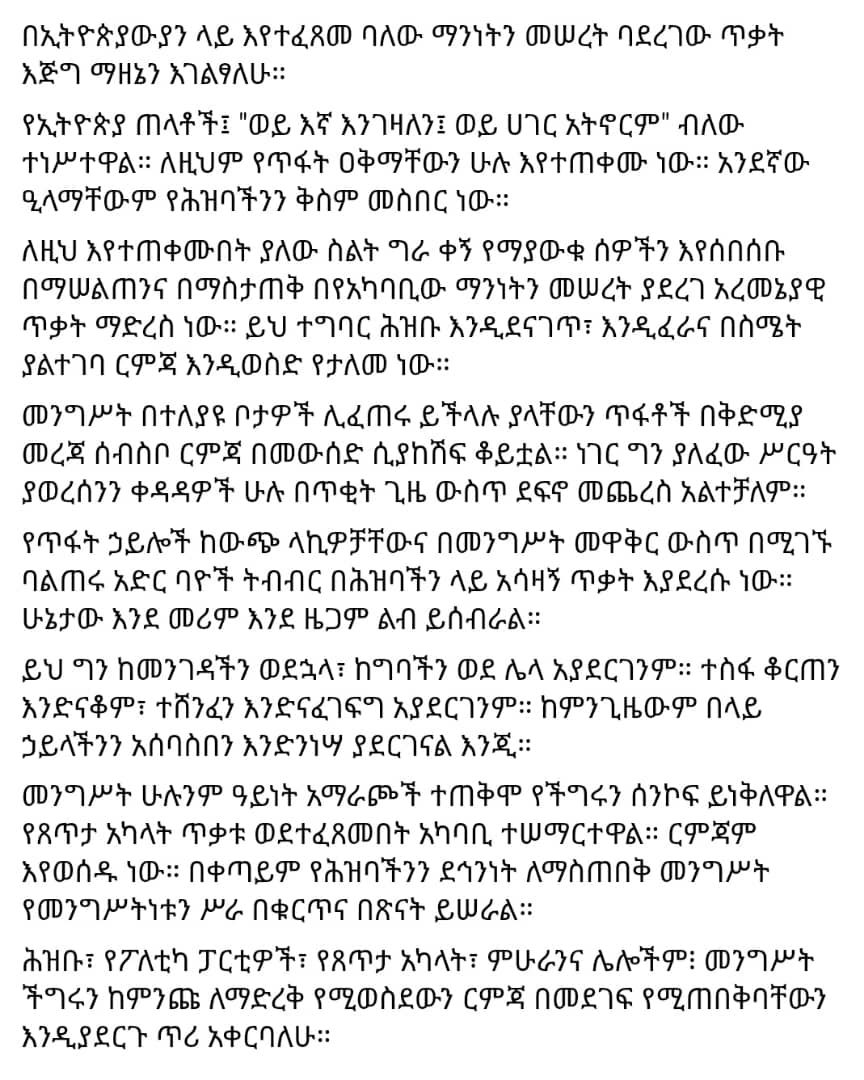